1,000 people from 70 countries, 50 speakers, 25 workshops, 15,000 tweets and lots of food and memories! This is how you can sum up an event like Engage2015 by SocialBakers in numbers; but some experiences can never be described in a few words so, let us tell you how it all began this May in lovely Prague.

Our Social Media team visited Prague during 19 – 23 of May in order to attend one of the biggest Social Media events that took place in Europe. We arrived in beautiful Prague on May 19th and after tasting some delicious local food (nom nom) and Czech beer off course we got some rest so as to pump up our energy for a great Social Media journey. 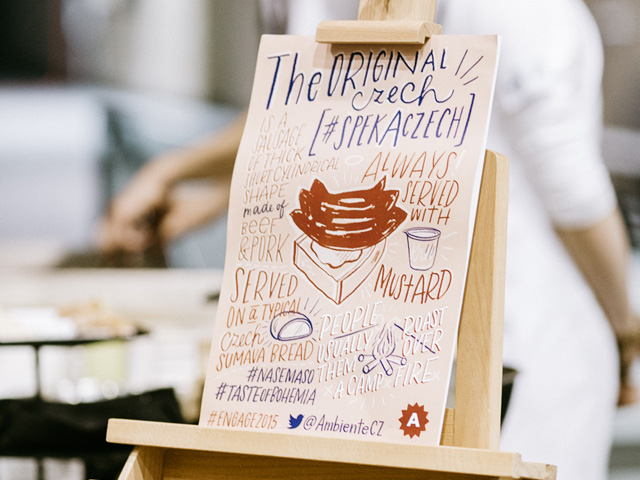 On the 20th of May our day began with workshops held by industry experts and event speakers while at the same time we were given the opportunity to mingle and network with all sorts of professionals around Europe. This was only a warm up for the big event taking place on May 21st. 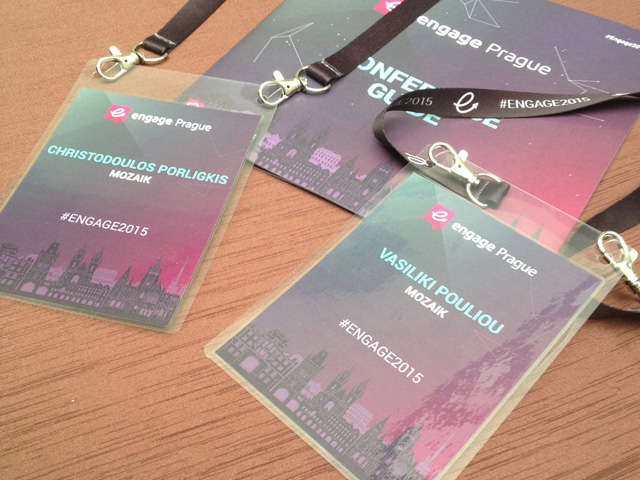 Next day, was a rainy day but still we were ready to fill our day up with knowledge and experiences! We arrived at the Forum Karlin, enjoyed our first coffee for the day and connected every mobile device to the main conference. 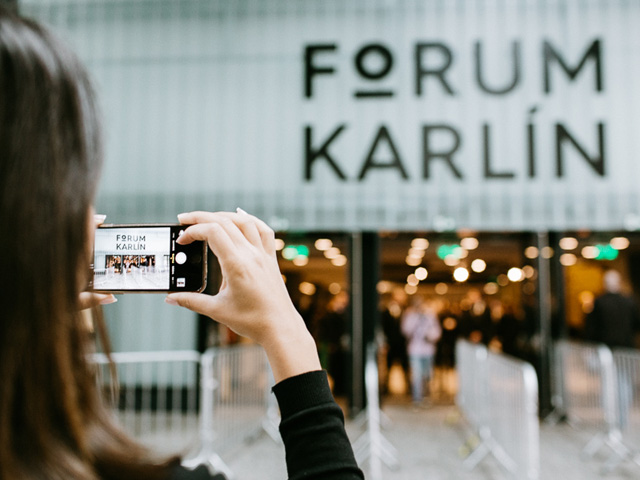 The event started with a speech by the charismatic Jan Rezab, CEO of Socialbakers who welcomed us with some great news about Socialbakers and prepared the stage for the main speakers. 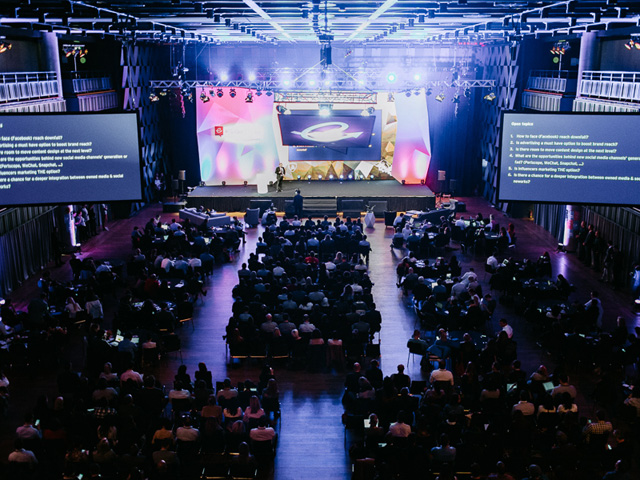 On the first part of his speech we learned some great stuff from Disney about building engaging content, from Lego demonstrating what it means to have passion for the social media, showcasing the brilliant “Kronkiwongi” idea (happy to share with you the fact that a Greek manager was part of the campaign team), from Desigual and Adidas revealing that fashion brands can also easily become part of the social media conversation. The amazing John Sculley (no need to explain who he is) opened the second part of the conference and shared memories and experiences from his Apple and Pepsi career, after all he is the man who fired Steve Jobs!

After this enlightening speech, KLM showed us how social customer care is done, we learned how charities are using social media to drive awareness and realized that Videos are definitely the next big think according to data collected from Google and according to one of the most famous Youtubers, Bethany Mota. Finally, before the big party started, Socialbakers awarded companies for their successful performance. And yes, a big party followed the conference with a proper Czech BBQ corner, local draught beer offered exclusively to the Engage2015 visitors, lots of drinks and live music! 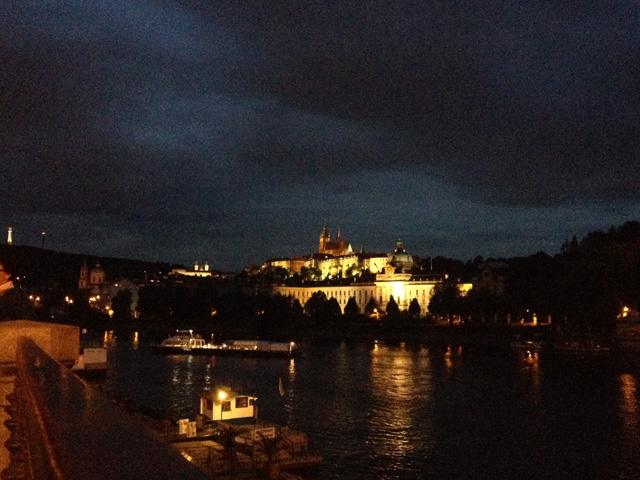 On Friday the 22nd of May, we had the opportunity to attend another workshop day thus gaining as much knowledge as possible before leaving Prague. It was so much fun and educational to cooperate with social media managers from different countries all striving to achieve the same goal: present an idea in one hour! Our favorite workshops were the ones on the Desigual case, the fashion brand that became massive in social media conversation after the New York Fashion Week and the TUI case study. Alun Williams asked us to suggest the best Working Global Social Media Structure for hotels. Key take out was that we demonstrated Mozaik’s Expertise in the Travel Sector as our suggestions were aligned with the TUI’s Global Plan. That day, (TGIFriday!), we also joined the closing party at the 360 Lounge Bar so as to enjoy some last drinks and networking. 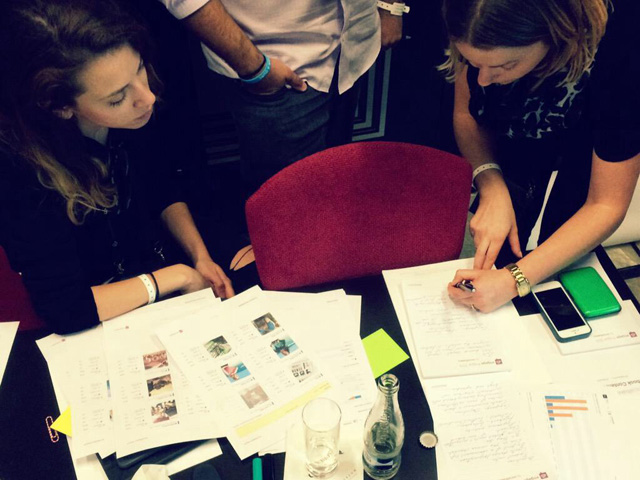 If we had to pick 3 things from the Engage2015 conference these would be: the fascinating experience of joining such a big event with live social media interactions in every channel, the organization team that spoiled us with so much (and we mean soooo much) food and the great location that the conference was held, the picturesque town of Prague that was luckily sunny on the 23rd of May. Finally, while wandering around in Prague we realized that the Social Media world is a fascinating world standing far beyond getting likes and followers. It is more about having a passion for life and love communication!

Mozaik was definitely engaged, what about you? 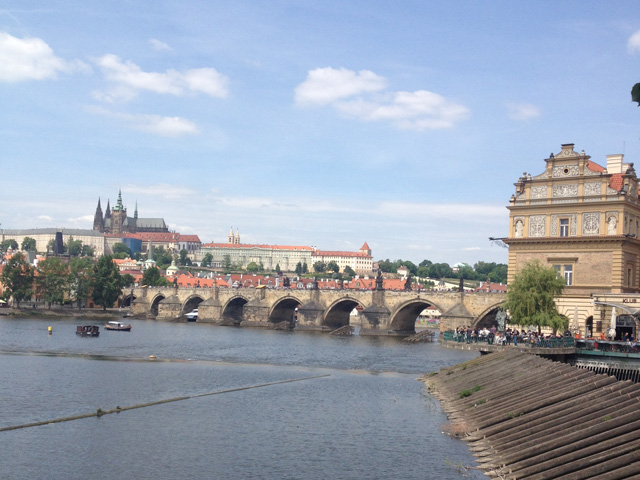