The highest prize at the IAB Mixx awards 2015 was won by Mozaik for its campaign for Toyota Hybrid. Mozaik won the Best in Show award which is given to the entry with the highest score overall and the Gold in the category Digital channels integration.

The IAB Mixx awards are organized by the Interactive Advertising Bureau and it is the only competition locally that entries are judged by an international group of judges.The entries win for a combination of strategy, content creation, and optimum use of digital channels resulting to the highest campaign effectiveness. Mozaik combined a set of 7 original pieces of content with the use of 4 digital channels offering to users a complete digital experience. 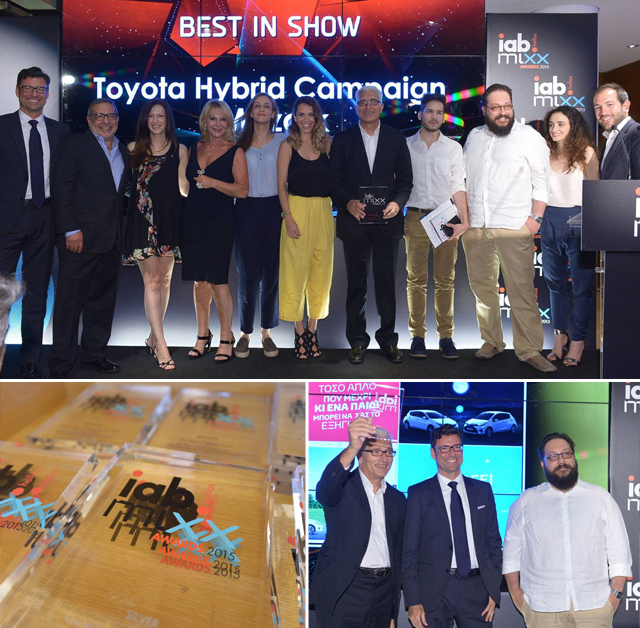 Toyota Hellas entered 2015 within a new market reality in Greece, were buyers now focus on economy and favor smaller cars with Diesel engines. Its business objective to substantially increase the share of their Hybrid cars was shared with Mozaik.
New car buyers however did not understand the Hybrid Technology so as to trust it and adopt it. There was a perception that Hybrid cars are expensive and also there were questions about their complexity at use and their  needs for maintenance. Hybrid was viewed as a niche technology, while consumers were not aware of their fuel efficiency and economy at use. As a result, Toyota Hybrid was irrelevant to the mass buyer.

The objectives set were: 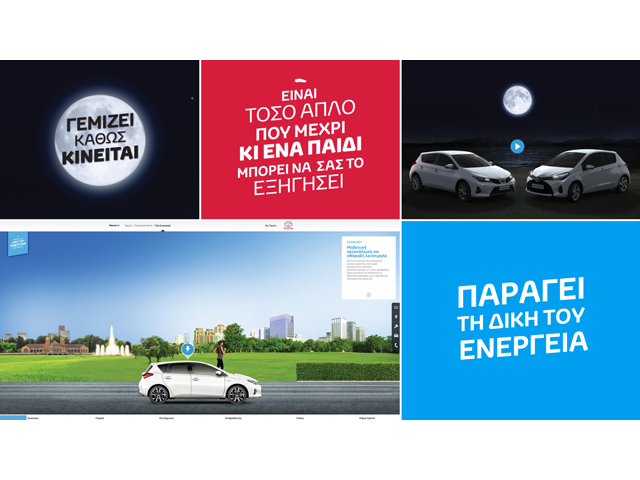 We have therefore set our strategy to position the Toyota Hybrid brand on Economy supported by its advanced technological features;
Consequently our content strategy was adapted to convey a multitude of messages aiming to educate buyers in a succinct straight forward way.

The key brand promise set was:
Toyota Hybrid produces its own energy while moving.

Our content strategy required original content creation as well as the redesign of the brands assets and the restructure of the Hybrid section of the website. Powerful Reason Whys and a clear educational tone that included gamification and avoided “instructions” conveyed our messages within each piece of communication. 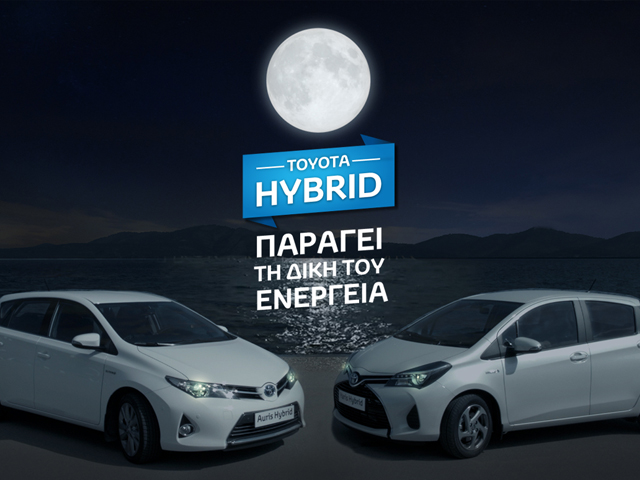 The key content pieces used for the campaign were:
The Moon.
A symbolic big idea. Created by Mozaik and produced by Magikon the moon fills up while moving which is also the case with a Toyota Hybrid. The video, atmospheric and imposing, shows two Toyota Hybrids that travel at night, to meet at the sea front, while simultaneously the moon fills up to its whole. 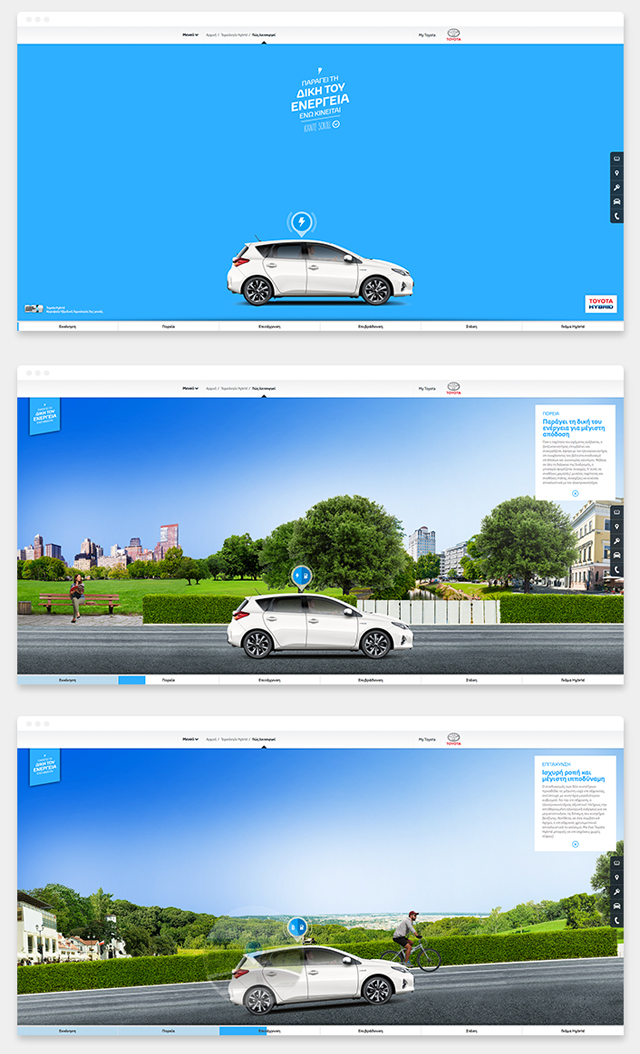 An educational microsite on how this technology works.
Created and developed by Mozaik, showcasing a Toyota Hybrid moving in the city and clearly describing at every stage of its trip the function and benefits of the Hybrid technology.
Kailer.
A video demonstrating the driving experience adapted from the UK.

The campaign results were strong in some cases phenomenal. Traffic to the web site increased by 68% for the period and new visitors almost doubled. The visits to the Hybrid section of the website had a 1.680% rise (not from a small base) while traffic to the Hybrid model-sections increased by over 50%. Similarly campaign impressions were counted in tens of millions. The confirmation however of the campaign’s success came from the off-line metrics where the test drives were increased sharply as well as the corresponding order-rate of the Toyota Hybrid models.

THE MAX STORES BLOG IS READY TO INSPIRE YOU